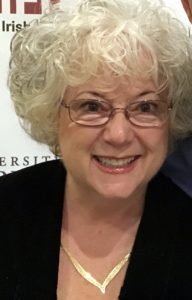 From writing romance novels to wedding ceremonies to hosting a podcast and other projects along the way, I’ve learned two key lessons. Love stories come in many forms. And, destiny is a wide road.

Romance Writer  — Prior to creating “Happily Ever After” in real life weddings, I wrote three historical romance novels. Band of Gold, First and Forever, and Just a Miracle were published by HarperCollins in the 1990s and reissued in 2013 by Samhain Publishing as e-books. Each story was inspired by something or someone in my family history. Writing those stories affirmed what I already knew — that the lives of everyday people are rich with stories worth telling, particularly love stories.

Wedding Officiant  — As an ordained, nondenominational minister through the Universal Brotherhood Movement, Inc., I now bring love stories to life as a wedding officiant. 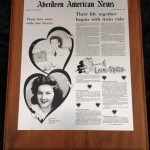 My dad’s story about how he met and fell in love with my mom was a winner!

Inspired by Family — Hanging in my kitchen is a plaque that reads, “Home is where your story begins.” True. That’s where my love of writing began. Growing up, my mom delighted me and my younger sisters with her puns, silly rhymes, and sparkling wit. Many years later, long after my mom died and my dad returned to his home in South Dakota, he won a Valentine’s Day contest sponsored by a local newspaper. He wrote wistful essay about how he and my mom met and fell in love and how sad he was when she died. The plaque he received hangs in my office.

Olympic Torch Honor — It was no surprise that I’d fall in love with someone who has a way with words. My husband doesn’t write novels, puns, or essays. He expresses his talent in contest jingles. 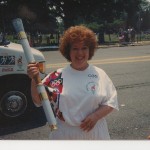 In 1996, Coke-a-Cola sponsored a contest that required the entrant to write one sentence nominating someone to carry the torch. That was the year the Summer Olympics were held in Atlanta. Dick wrote, “I nominate my wife to carry the Olympic Torch because I’ve been carrying a torch for her for years.” He won…which means I won! 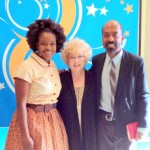 Witness to Courage — My writing entered new territory when I co-authored the play Warriors Don’t Cry, adapted from the memoir by Melba Pattillo Beals, one of the Little Rock Nine who risked death every day to integrate Central High School in 1957. The one-woman show was produced by the Bushnell Center for the Performing Arts in Hartford, performed in New York, and throughout New England. Almeria Campbell and Jessica Kight have both starred in the show. Since 2013, the play has enjoyed several national tours. Melba was just fifteen when she endured the experience that would define her life. I’m proud to call her my friend.  Brian Richardson is the teaching artist I recruited. An stage and film actor in his own right, he does a great job of facilitating the pre-show and the post-show Q&A.

Fulfill a Deathbed Wish and Help a Friend Finish Her Book —  High on the list of my own defining moments began one night in July of 2008. Stunned by a conversation I’d just had, I walked out of a hospital ICU where my writing colleague and dear friend Liz Aleshire struggled to survive the latest in a rapid series of heart attacks. She would require open-heart surgery, possibly a transplant. The prognosis wasn’t good. 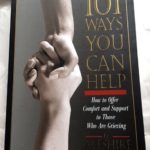 Book on grieving written by dying woman and her friends

Earlier that year, Liz had signed a book contract. She had received an advance. Her deadline to finish the manuscript was July 30. She had created a table of contents but had completed only about a third of the work. Before midnight, I had recruited five other writers, each hand-picked by Liz, to help me finish the manuscript. Together, we all convinced the editor that we could accomplish the task, an effort unheard of in publishing.

The book was to be Liz’s memorial to her son who had died years earlier of bone cancer; he was sixteen. I’m proud to say my friends and I finished the manuscript. I wrote the foreword. Liz lived long enough to see the cover. The nurses in the ICU taped it to the wall. Liz died that October. Her book, 101 Ways You Can Help: How to Offer Comfort and Support to Those Who Are Grieving, was published by Sourcebooks in May 2009 and continues to fulfill the mission embodied in its title.

The Power of Personal Story — The one unifying element in the pattern woven by my own writing and by that of my friends and family is that the lives of ordinary, everyday people are worth celebrating, that our stories are worth telling.

Your Love Story – A Blueprint for Love
In her best-selling book Wired for Story, author Lisa Cron says, “…we’re wired to turn to story as a way to teach us the way of the world.” Therein lays the true value of your s love story. Told with honesty, respect, and humor, your story provides a meaningful prelude to your vows and, for your single guests, a valuable blueprint for what love really looks like. What a powerful gift that can be for that guest who wants the same commitment to love they see in the two of you. 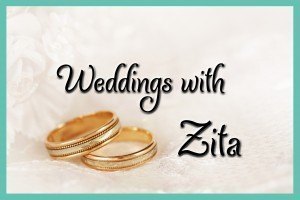 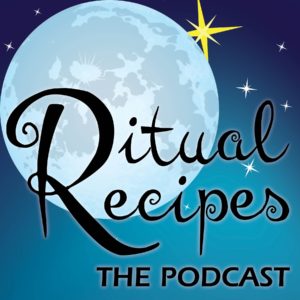 In 2018, I went on a new adventure and launched Ritual Recipes – a podcast that offers both simple and ceremonial rituals to mark the moments and the milestones of life.

If you want more information about any of the above, email me <zita@MoonRiverRituals.com>