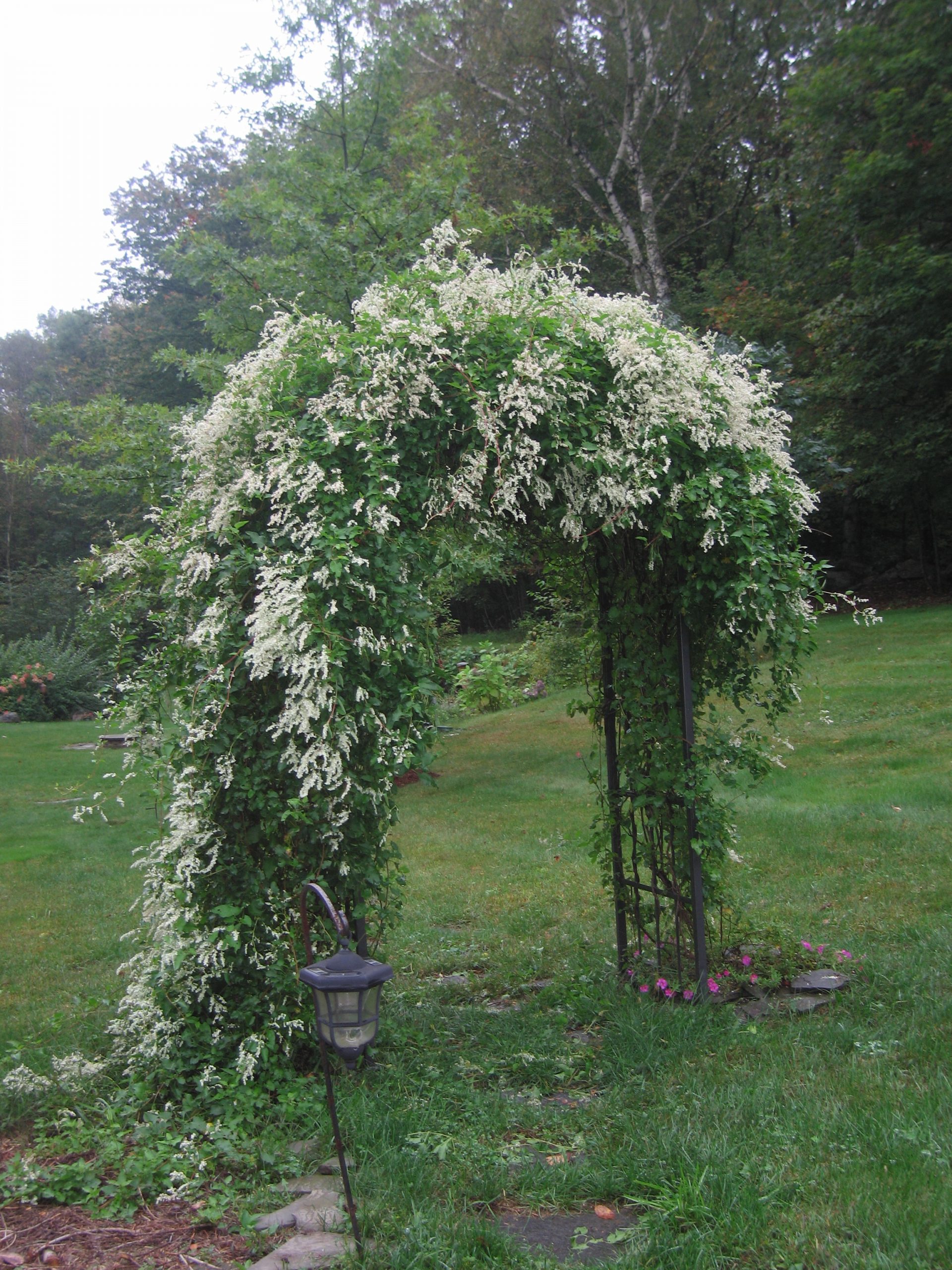 The circle featured four mega stones to mark — precisely — zero degrees of the four directions. In front of each of these stones was a torch. Lighting the four torches, welcoming the spirits of the East, the South, the West, and the North was all part of the rituals we did every month.

Over the course of a year, we held 8 rituals to align with the path of the Sun. These fire festivals echoed the celebrations of the Celtic, Scandinavian and other Western European ancestry most of us shared. Other months, our rituals aligned with the sign and phase of the Moon.

By this particular summer evening in 2005, I had been driving three hours each way, twice a month, for four years. Sometimes, I spent the night. Sometimes, I drove home after the ritual, arriving well past midnight. The effort was always worth it. … A little background…

I had been raised a Catholic and went to parochial school for 12 years. I came away with a good education, friendships that last to this day, and a love of ritual — and the fragrance of frankincense!

As for the dogma…no. I left the church in my 20s. I decided that any spiritual path I followed had to meet three criteria: (1) Living by its tenants had to make me a better person that I would be otherwise; (2) What I learned on the path had to make sense; and (3) Following the path had to provide comfort in times of sorrow and need.

Eventually, I came to Paganism and a spiritual practice based on the feminine face of the Divine.

That evening in 2005, I sat next to a relatively new member of the Circle. His name was Dan Graham. He had been coming to the astrology classes and the rituals for several months. His knowledge of different religions and forms of spirituality was extensive and respectful. …Everyone liked Dan. He was in his 40s (I think), nearly 6 feet tall, white hair that made him look older than his years.  Everyone also shared a concern for how to help him manage the two staircases and other physical challenges of the home and the circle. That’s because Dan was totally blind. …

So, there I was, sitting in the living room next to Dan. I was briefing him on what we had set up in the circle, what his role in the ritual would be, and who would physically guide him. That’s when he said, “Red is a good color on you.”

Yes, I was wearing red. He commented accurately on the blue someone else was wearing. I asked how he could tell. I figured he had asked someone else earlier — What color is Zita wearing? Not so.  As it turned out, Dan could feel the vibration of colors. He had lost his sight decades earlier and had an excellent memory of the colors he had once seen as vividly as the rest of us still did. We talked more about other colors in the room, about the sound of a ticking clock, about the hum of office equipment in another room. I gained a whole new appreciation for things I had overlooked.

That conversation led to how Dan heard things — how people moved, particularly on stairs; how a person breathed — slow and deep, shallow and labored. He heard layers of nuance in a person’s voice — the volume, the emphasis, the hesitation, the clenched jaw, the small smile, the big grin.  I was fascinated. I wondered what Dan thought when he heard his own voice. He had one of those deep, “radio” voices.

That’s when he told me that he did some work for a company that published books for law school students. He would read the books in braille, then turn them into audio books. His told me about his sound editing equipment and how he needed his ears, not his eyes, to use it. Then he told me about something called a podcast. <g>  I couldn’t grasp the concept and told him so…. I remember how he smiled and said, “You will. You’ll be good at it.”

That’s was my introduction to the concept of podcasting. It would take me 12 years to launch Ritual Recipes.  During that time, Dan’s personal life would change dramatically. He got divorced, sold all of his sound equipment and boarded a plane to South Africa where he got married and helped establish a school to teach metaphysics. We kept in touch for several years. He was so happy. Except for the diabetes. That got worse. Eventually, my friend died.

Years later, one of my podcast teachers, Dave Jackson from the School of Podcasting, talked about setting up a home studio and how a good microphone can pick up even the sound of a ticking clock. I have a clock on the wall right behind my desk. It keeps time with a steady, soft tick.  Now, whenever I record a podcast, I move my clock to the guest room…grab my headphones, turn on the microphone, close my eyes for a few seconds, and give a good thought to Dan.

As for ritual, the core of my podcast, I can’t say with certainty when it became so much a part of me. It could have been midnight Mass on Christmas Eve. I was probably in the first grade. There were so many candles on the altar, I could smell the wax. I remember the choir, the black hymnals that contained words everyone already knew. And, of course, there were the shiny, colorful vestments worn by the priest and altar boys. I remember watching the priest swing what looked like a fancy gold ball attached to a chain. As he swung the chain to the north, east, south and west, the ball released the magical smoke that smelled so good. I felt connected to something ancient, something ancestral.

I knew the priest was following the four directions because my dad had taught me how to read a road map. On summer treks from our home in Virginia to his parents’ home in South Dakota, I was the navigator, calling out route numbers from the back seat.

My love for history was born on the Dakota prairie. I’d go for long walks down a dirt road or across the pasture with my local cousin, Carol Rose. I told her what winters were like back in Tidewater and how kids prayed for a winter with snow, enough to build a snowman. She told me about winters in Timber Lake, how snow could pile up over the windows, how animals and sometimes people, froze to death.

One day, we gathered hay that had been cut and left in the field. We shaped a piece of chicken wire into a dome and stuffed the holes with wadded hay.  There was no formality to what followed, just pre-teen talk about what it might have been like to be homesteaders like our grandparents had been. Who knows? Maybe we were. 😉

Decades passed. During those years, I wrote several historical romance novels. One of them was set on the Dakota prairie in 1887-88, with the blizzard of the century. 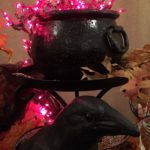 Raven and cauldron for Samhain altar

Ten years or so ago, I started leading seasonal rituals at Meg’s Inspirations, a local gift shop and spiritual boutique. These rituals are open to the public. They celebrate the cycles of nature, especially the 8 fire festivals that follow the path of the Sun. We welcome the fairies of Beltane in the spring. We honor the ancestors at Samhain in the fall. And…well, lots more.

I was in my 60s when I enrolled in a course on the history and structure of rituals offered by the Celebrant Foundation & Institute. I wanted to expand my knowledge of ritual. Then I took their course in weddings. I graduated in 2012, certified as a Life-Cycle Celebrant. I help individuals, couples, families, and communities with simple rituals for the moment of life — like how to start the day, and bigger rituals for the milestones. In fact, here’s what it says on the back of my new business card:

Wake up. Get married. Move to a new home. Have a baby. Blend two families. Start a business. Send a child off to college. Uncouple. Renew your vows. Mourn the death of a loved one. Begin a new year. Celebrate the seasons the way your ancestors might have done. Create your own family traditions. Give gifts that express what’s in your heart. Claim the wisdom of your age. I’VE GOT A RITUAL FOR THAT.

A favor please. Ritual Recipes is a podcast that celebrates the cycles of nature and the milestones of life, one ritual at a time. If you enjoy the podcast, please subscribe wherever you feast on your podcasts… and tell your friends. As I say at the end of each episode, it’s like sharing a recipe, a Ritual Recipe!

Zita brings “Happily Ever After” to life. She is a wedding officiant, ordained interfaith minister, a certified Life-Cycle Celebrant®, playwright and multipublished romance novelist. Through Moon River Rituals, Zita creates customized ceremonies for individuals, couples, families, and communities in CT, RI, MA, and NY. She is a proud supporter of marriage equality. To see her handfasting cords, visit www.etsy.com/shop/MoonRiverRituals and www.Facebook.com/MoonRiverRituals. Zita also hosts and produces three television shows: Weddings with Zita, Page 1 and Full Bloom. Watch them on YouTube.com/ZitaTVNetwork. For information about Zita's writing, visit www.ZitaChristian.com, Yes, she wears many hats
View all posts by Zita →
This entry was posted in Uncategorized. Bookmark the permalink.